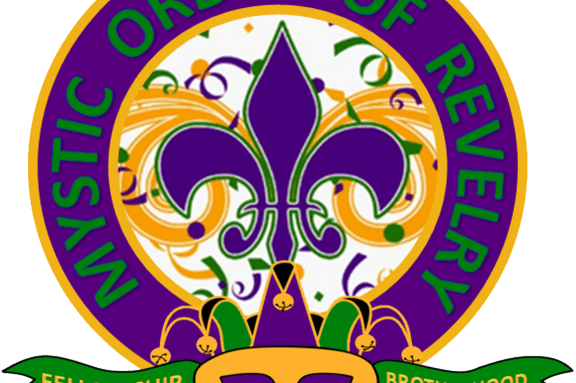 MOOR founded at the beginning of 2015 to organize and host an additional Mardi Gras parade for Pensacola/Escambia County Florida and to raise money for a charity organization in our community each year. They plan to hold two fund raisers each year where proceeds will be donated to the charity at their Mardi Gras Ball.  Beaux Rex and Queen Bell along with their court of Duekes and Duchesses are coronate at the annual Mardi Gras Ball.  In addition to the Mardi Gras Ball MOOR host a Christmas Gala and Cookout for members annually.

MOOR was conceived at the corner of Garden Street and Baylen Street at the 2015 KOL Illuminated parade. A group of friends got together to tailgate and “Revelry” in the spirit of Mardi Gras. A few months later, several business men, who do or have belong to other organizations met to draft the documents for MOOR. MOOR chartered with the State of Florida September 8, 2015. We chartered with 5 members and have grown to 15 members. All men who join during our inaugural year are “Founding Members”. Our Constitution, By-laws and Rules are drawn from several other organizations, where we took the best ideas and merged them. Our officers court is made up of 7 members who all share equal leadership. Each officer has a designated area of responsibility and works with a committee of members.

The Mystic Order of Revelry is a co-ed Mardi Gras Society located in Pensacola, Florida.

We believe in the strong bond of friendship, fellowship, family and strive to support each other in life’s success and adversity.

Our purpose is to promote the Spirit & Revelry of Mardi Gras through the rich traditions of themed parades, balls, costumes, social events, parties and community involvement. In addition to all the Revelry, we hold two fund raiser events each year. A different local charity is adopted by our society and honored at our annual Mardi Gras Ball.

We have one float nick named the Rusty Ricky and is our Emblem float. It will make it’s maiden voyage at the 2016 Pensacola Grand Mardi Gras Parade. We have custom rhinestone pins and throw cups. Our first official ball will be in the 2017 Carnival season and we will coronate our first court, king and queen. This year we have an honorary king and queen only which will be selected at our Christmas Gala.

Membership Dues – Dues for current members (Vested) are due at our April Membership Meeting.

Membership is divided into smaller groups called floats and work as a team to maintain and decorate their parade float. Each float elects a Float Captain who serves on the Membership Committee to represent the general membership to the Officers Court. We currently have two floats, the “Rusty Ricky” built 2015 and the “Jolly Joe” built 2016

What dues do not cover – Costumes*, parade throws and trinkets and items for sell from MOOR. Any float dues or socials.

Leadership is made up of 4 Officers* and Committee Chairs*. These positions are appointed and elected.

King Beaux Rex, Queen Belle and their Royal Court of 6 couples, Dukes and Duchesses represent MOOR as ambassadors at public events and socials. The monarchy and Royal Court is selected by a random drawing. Any eligible* Active Member and their Lady* can place their name in the drawing.

We hold two fund raisers each year to raise money for local charity.

For members, we have something going almost every month. We participate in charity cook-offs, host Poker/Black Jack fund raisers, game night bbq’s/pool parties, New Orleans Trip/Bead Run and few other “float” parties. Since our mission is friendship, fellowship, brotherhood and supporting family/community, we like to have fun and get together often to support our mission.

The MOOR Parking Lot Ball will serve as our 2016 Mardi Gras Ball. We will be at the corner of Garden & Baylen Tailgating and Celebrating in Revelry

In years to come we will host a Mardi Gras Ball open to the public 2 Saturdays before Fat Tuesday.

We hold two fundraisers each year to raise money for local charities.