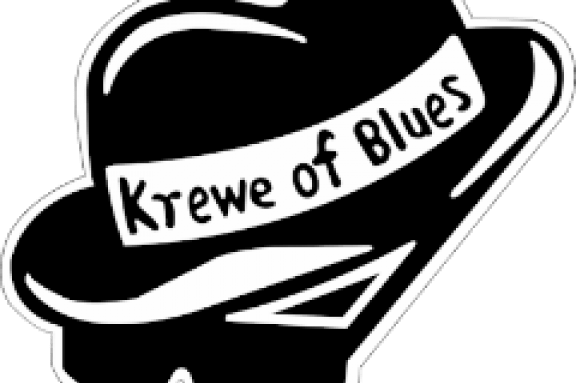 “The Krewe of Blues, which in 2010 grew from 7 original members to more than 100 blues music and Mardi Gras revelry enthusiasts!

The first organizational meeting of the krewe, was January 18, 2010. A scant one month later, on February 13, 2010, the newly-formed krewe joined in on the 2010 Mardi Gras revelry with 7 members, 2 dressed in Blues Brothers’ garb tossing beads from the roof of what was then Blazzues Blues & Jazz Club during the Pensacola Grand Mardi Gras Parade.

Following the 2010 Mardi Gras season, the fledgling organization began recruiting members and holding regularly-scheduled meetings. The 1st general membership meeting was conducted June 16, 2010 with 15 members in attendance. By the end of June, the krewe had grown to 24 and by early October, Krewe of Blues (then Krewe of Blazzues) was 109 members strong.

In that inaugural year the krewe, given the nickname KOB by its members, worked feverishly to deliver on the promise made during the Mardi Gras 2010 interview. On January 6, 2011, they succeeded and KOB’s original float depicting scenes from what is arguably the most famous jazz & blues city in the world, New Orleans, hit Palafox Street for its first public showing at Pensacola’s 12th Night Celebration.”

“The Krewe of Blues is “On a Mission”!  One that brings Fun, Dignity and Charity to the Mardi Gras tradition in Pensacola. We keep things simple, party with a purpose and raise money for several charities a year.  Including Gulf Coast Kids House, Hotel for Cats and Dogs, Backpack drive and Diaper Drive. Krewe Theme is Blues Brothers.”

Royal titles for the King, Queen and Court of the Krewe of Blues were selected to forever honor the krewe’s beginnings and its inaugural theme, The Blues Brothers.

The namesakes for King Elwood and Queen Joliet are the two central characters of the original 1980 The Blues Brothers, movie, Elwood and ‘Joliet’ Jake Blues.

The King and Queen’s attendants also take their names from The Blues Brothers, with the Royal Court known collectively as the Court of the Magic Tones, so named for Murph and the Magic Tones, the band several of the original Blues Brothers band members formed when Jake when to prison and the old band broke up.

The Krewe of Blues is compromised of up to 125 members dedicated to supporting the Pensacola Community and to having fun at Mardi Gras, Fiesta and other community events. Members must be over the age of 21. New members must be nominated by a current member in good standing.

New member acceptance is determined on the basis of how many membership slots we have available and the proposed new member’s date of application. We are looking for members who will be active participants in our activities, take leadership roles in our organization, and enjoy the festivities! The membership selection process is administered by the membership committee in accordance with our bylaws and membership is not final until Board approval.

Open to the public